On a individual vessel trip level it is already having this effect (refer example). The direct loss to the Fijian economy from whale attacks is estimated by Solander to be approximately FJD $20,000,000 annually*. In the case of Solander every tuna taken by a whale is FJD $10-25 lost earnings for our Fijian crew – to the company it is a total loss. As most crew are paid for what is caught whale depredation can result in a complete loss of income of up to 4 days of a 10-12 day voyage.

Because depredation provides an additional food supply to whales, depredation causes whale populations to increase beyond their natural carrying capacity. It also impacts on previously-existing behaviours related to hunting or seasonal movements. There are no effective mitigation methods available today even steaming away from an area is not necessary effective – the whales follow.

Whales eat entire tuna bodies leaving only the head remaining on the hook/line – only the decapitated heads are brought onto the vessel. 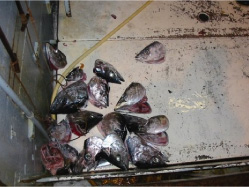 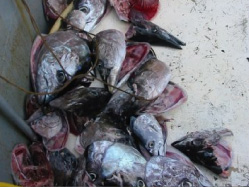 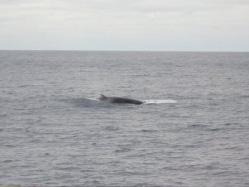 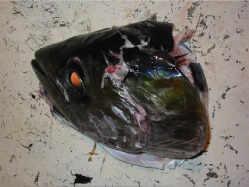